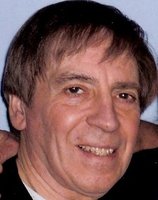 for many years. Les Braid sadly passed away in 2005.  Ray Ennis announced his retirement from the group in 2010.

Alan started his career in the early Sixties. and has toured & recorded with many named acts such as: -

Peter began his music career in 1956 with The Spacemen Skiffle Group. In 1957, guitarist Joe Brown joined  the group

which by 1959 became Joe Brown & the Bruvvers. During the early sixties Joe Brown and The Bruvvers had a string of hits, including the No 1  hit ' A Picture of You', written by Peter Oakman which topped the charts in the summer of 1962. At the end of 1963, Peter received  a phone call from skiffle legend Lonnie Donegan. Peter continued to play bass with Lonnie on & off for forty years. In 1972, through his friend & promoter Roger Greenaway, Peter had a top twenty hit with the Gary US Bonds song 'New Orleans'. In 2004, Peter received a call from Alan Lovell of The Swinging Blue Jeans explaining the illness, and eventually the passing, of their bass player & founder member Les Braid. Since then, Peter has continued to tour with The Swinging Blue Jeans.

At the age of 17 after playing in several northern groups, Graham soon got booked on major tours around the world playing for the likes of: - The Supremes, The Drifters, and Martha Reeves, Harold Melvin, Cliff Richard & Billy Paul, 'Me & Mrs Jones'.

Graham has played with the Swinging Blue Jeans in the past as a dep. Alan Lovell & Graham have played together live &

on sessions for many years. Graham has been a permanent member of The SBJs since Ray Ennis's retirement in 2010.

Roger has been The Swinging Blue Jeans sound engineer for over 30 years.

Double-click here to add your own text.